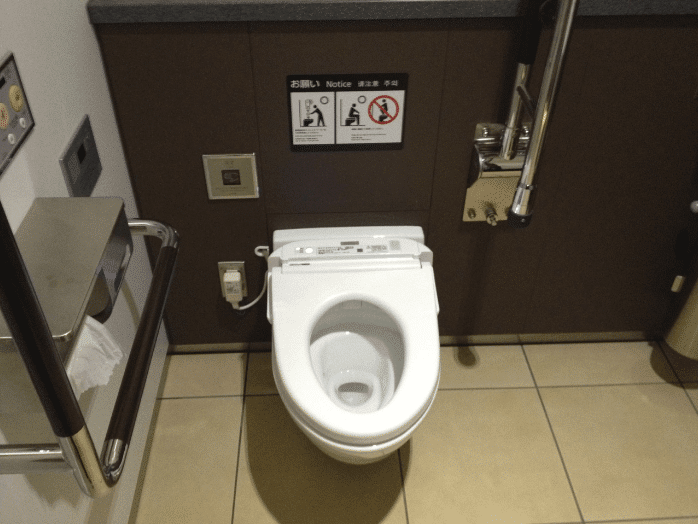 Waiting to use the toilet might be a thing of the past soon–at least in Japan.

Major telecom firm KDDI Corporation has an app hitting the market in March of 2017 that will help users identify an unoccupied, available toilet in their vicinity.  The technology will rely on sensors installed on the toilet stall doors in order to verify whether they are open or shut.

This gives users an ability to see how many vacant openings their are without physically walking to each bathroom and stall. That also means knowing where those amazing Japanese bidet toilet seats are available.

“People often waste time by looking around for an available toilet on various floors or by waiting until one becomes available,” said KDDI spokesman Daisuke Maruo, speaking to the Japan Times. “We believe this service will help people waste less time.”

Every job we’ve ever worked seems to have been supplied enough toilets for .05% of the company.  While that’s an obvious exaggeration, bouncing around from stalls, to bathrooms, to floors can be a frustrating task when you have business to resolve.  This app will cut down on the amount of work time wasted (and panic) searching for a toilet.

Maruo would also go on to say, “Even though people sometimes complain that the number of bathrooms in a building are not enough, it is often hard for facility administrators to increase the numbers.  We believe this solution will help solve the problem by streamlining how bathrooms are used.”

The application will be available in office buildings only to start, later adding to public areas, sports facilities, and shopping centers (pending success of course).  The latter are often crowded areas so this would be a welcome to anyone whose ever spent time dancing by a bathroom stall between innings.

But finding open stalls won’t be the only benefit to KDDI’s new toilet app.  A 2012 survey found that 30% of middle-aged Japanese men use various tactics to take “toilet naps.”  The KDDI app will be able to identify when a door has been closed for 30 minutes and notify administrators and bosses of potential nappers (or accidents of course).

A Water-Saving Idea Too?

KDDI will also begin a service which can monitor and analyze water use per flush.  Control will then be provided to the administrators to adjust the amount per flush and overall flush efficiency.  The need here is derived from a lack of “large” and “small” flushing options, which are common on many bidet toilets in the home (and now standardized bidet language) but not so much in the office.  This app would provide a much needed tool where needed.  KDDI believes this service would help facility administrators cut around 50% of the total water per flush in buildings or for their offices.