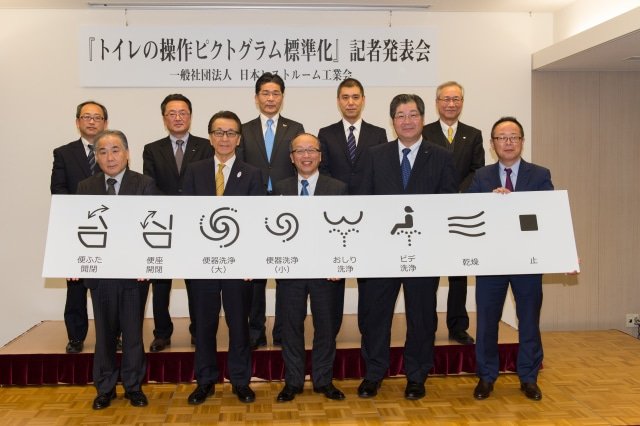 It’s no secret that since the invention of the luxury bidet toilet seat, Japan has been a leader in both design as well as the culture surrounding bidets.  While bidet ownership in America and the West is low (around 8% based on our survey), Japan continues to innovate and expand on the usefulness of bidets and bidet controls.  And as of January 2017, they’re taking it one step further.

The Japan Sanitary Equipment Industry Association, a group that features representation from companies like Toshiba, Panasonic, and Toto, has moved forward with an agreement to standardize bidet control panel symbols.  The hope behind a decision like this is to create a general understanding around the controls of a bidet as popularity continues to rise.  It also creates more opportunity to persuade more people to try a bidet in the future, as they’re often intimidating to first-time users. 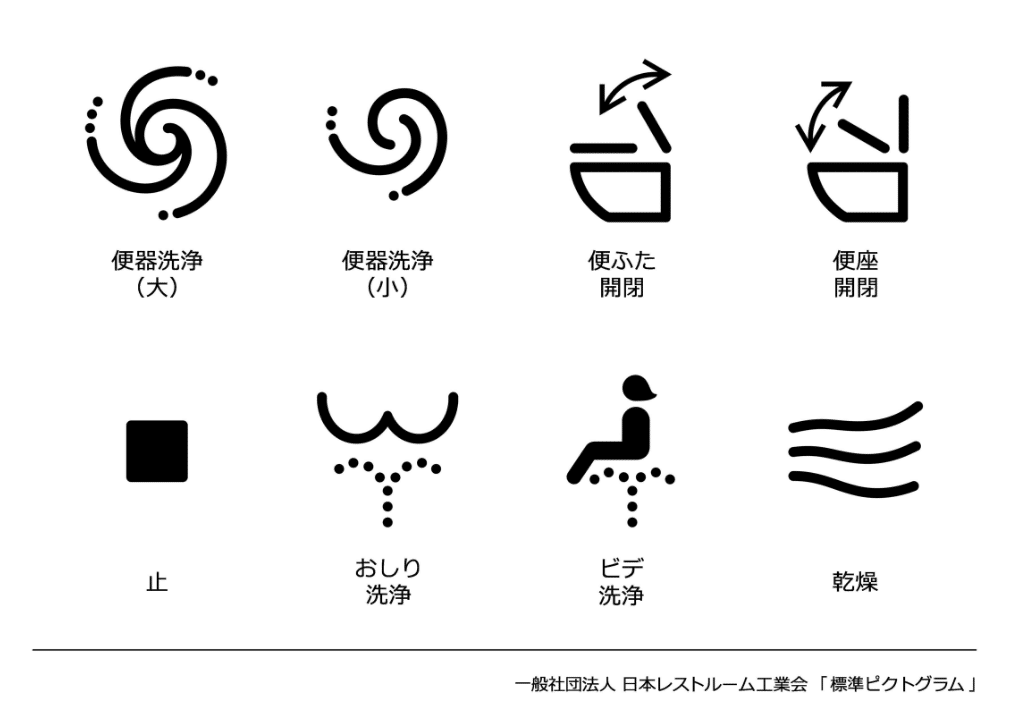 As you see in the picture above, 8 symbols were selected in the first group of standardized bidet controls.  It’s fairly straightforward but what you see (read left to right, top to bottom) is large flush, small flush, lid up/down, seat up/down, stop, rear spray, bidet or feminine wash, and air dry (usually warm).

Starting in 2017, manufacturers in Japan will be required to use these symbols on their control panels and remotes.  Naturally, Western models will likely follow suit as many of the companies in the JSEIA also produce bidets for Western use in English.

We’re looking forward to seeing the changes on future models and (hopefully) in bidet culture in the West.  There are many benefits to using a bidet attachment or toilet seat and hope this brings about another influx of attraction to bidets in the West!