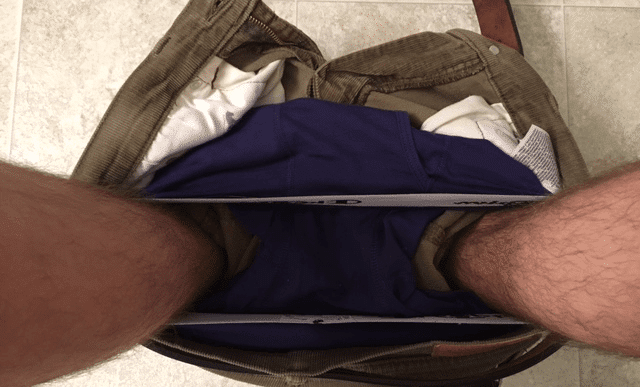 Everyone does it (hopefully) but not everyone does it the same.  For some people, pooping is a breeze–a process that is as easy as blinking your eyes or breathing.  For many people, however, it’s a strenuous struggle which often leads to a search for answers.  “How do you poop,” folks might scream after another failed trip to the porcelain throne.  Well we’re here to cover some basics on the natural ways to navigate your digestive pitfalls and kick that colon into high-efficiency gear.

Western Culture is responsible for many of the 21st Century luxuries we enjoy today.

The toilet is no different.  Invented around 1591 by Sir John Harington, the original toilet featured a flushing valve to let the water out of the tank.  This wash-down design would then empty the bowl along with it’s contents and was call the Ajax.  While being a primitive design by today’s standards (the Ajax didn’t “flush,” it just washed everything away), this laid the foundation for future inventions to stack on top of the original toilet.  (Quick side note, the term “John” for a toilet is often referenced to being named after John Harington.  This, however, is disputed by historians.)

If you recall, plumbing was originally invented to get feces OUT of the areas we humans populated.  In 1777, Mr. Cummings would file and receive a patent for what he called the plunger closet.  More specifically, his patent covered his “S-trap” design which prevented the sewer gases from entering buildings by holding water in the pipe just under the toilet.

While the toilet was all but invented at this point, Thomas Crapper would be the one to drive it home.  Owner of numerous plumbing-related patents, Crapper even invented the bathroom showroom which showed off many of his plumbing accomplishments in one fail swoop.

Where We, The West, Fall Short

While Westerners (overall) invented the toilet, that didn’t come without a price.  Sure it was great at helping end the days of the plague, typhoid fever, and cholera among other things.  But the toll our bodies take from pooping atop a toilet seat is far from a benefit.  I mean, haven’t you struggled over a poop before?  You know how much work can go into a bowel movement but have you looked into why that might be?

Guilia Enders is a German Microbiologist who has studied the effects of humans pooping on a traditional, Western toilet.  In her book Gut: The Inside Story of Our Body’s Most Underrated Organ, she covers the digestive systems and bowels as a whole.  Besides covering things like diet and mental health in relation to our digestive organs, she also covers defecation and practical advice on the best ways to sit on the toilet.

In an interview with The Guardian, Dr. Enders said, “1.2 billion people around the world who squat have almost no incidence of diverticulitis and fewer problems with piles.”  This is in reference to many countries, like India, whose culture promotes squatting to poop.  They lack severely in many of the digestive issues that face Westerners and perhaps we could learn a thing or two from their tactics.  You can also lump things like hemorrhoids, colon cancer, and constipation into that list of problems you can also avoid by squatting.  She added further, “We in the West, on the other hand, squeeze our gut tissue until it comes out of our bottoms.”

Now does that sound smart to you?  It’s time to change the way we poop in America and the rest of the West.

Who Is Pooping Correctly?

As we mentioned, India is one place in the world (and the largest country in which) where squatting is the norm for poops.  While there are, of course, other countries that practice safe pooping, Indians are most well-known for it because their bathrooms are often set up to accommodate.  Even though toilets had been around for a number of years, in India they were traditionally seen as something only royalty had.  Therefore, Western toilets never really caught on.

And that’s probably a good thing.

When you look at some of the statistics of digestive diseases and problems and their relation to India and countries with similar culture, there is a vast drop-off between them and Western countries.  For example, colorectal cancer afflicts over over 50 men and women per 100,000 in places like the USA, Switzerland, Japan, Norway, and many, many more.  However in India, that number is just 2.7 women and 3.6 men per 100,000!  That is a MASSIVE discrepancy, almost startling.  This trend is similar across the board when you look at diverticulitis and other common digestive issues in the west.

The stats don’t lie but what is the reason behind this dooky difference and how can we improve our numbers in the West?

You may not envision much of a science behind taking a crap but there’s a significant number of telling resources out there.  Dr. Mercola, best-selling author and general health guru, wrote an article explaining how western toilets have lead to higher cases of colon and pelvic diseases, constipation, hemorrhoids, and even heart attacks!

What causes us to strain as we sit on the toilet and poop is due to the colon’s constriction by the puborectalis muscle.  So right out the gate, you’re already disadvantaged.  However, we know the best way to straighten out your colon.  And that’s to squat to poop.

But you have a toilet in your home and aren’t planning on remodeling it to be a hole in the ground to squat over.  So what are your options? 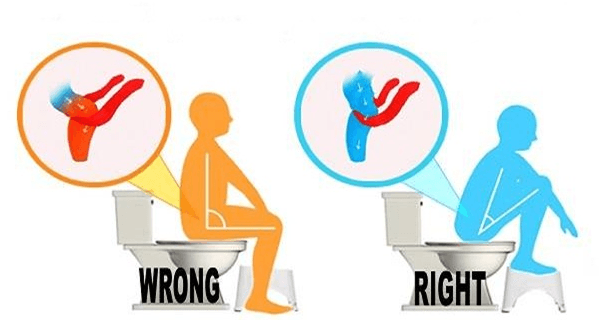 The best way to help poop come out of you is to watch what you put into your body in the first place.  There are a number of foods that cause constipation but that is fairly well-known by the average person.  Minimizing your intake of these foods are a good place to start, especially if you are one to consume more than the recommended daily amount.

Speaking of daily amounts, a daily does of exercise can be just what your colon needs.  If you live a sedentary lifestyle, just moving around for just 10 minutes a few times a day can help the body move the poop out of your body.   If your lifestyle is an active one already, perhaps some more rigorous workouts will work for you.

Or perhaps Yoga is also a good option for you?

Intestinal Facilitation – A “No No”

Oftentimes when you think about pooping and the struggles that come with it, constipation is a common topic to think about.  If you’re having trouble pooping, you might get something that will rustle your intestinal walls and ease the strain of sitting on a toilet until you finally pass the blockage.

But should you pick up laxatives to ease your bowel struggles?  NO!

Dr. Mercola says in his article, “Laxatives are NOT a good option as your body may become dependent on them. Laxatives may decrease your colon’s ability to contract and can even eventually damage your large intestine’s nerves, muscles, and other tissues.”

Be sure to focus on your diet and exercise and your body will be able to naturally expel the poop from your body.

As we’ve highlighted, squatting is by far the most natural way to poop.  Therefore the solution we highly recommend along with a healthy diet and exercise, is to pick up a toilet stool.  If you’re asking, “how do you poop” or “how to poop properly,” then this is a fantastic step in the right direction.

A toilet squat stool can bypass the immediate need to improve your diet, simply by making your crapper life a lot easier.  It’s both a short and long-term option.  We recommend a combination of all three (better diet, exercise, and a toilet stool) but either can have very beneficial long-term effects.

Lastly, maybe a bidet like one of these heated toilet seat bidets or non-electric bidet seats should be on your list of items to help you poop easier.  Many bidet toilet seats have enema washing options which can help get things moving along by using water to potentially break things up.  Or if you plan on spending a lot of time on the toilet, it might as well be a seat that is as comfortable as possible.