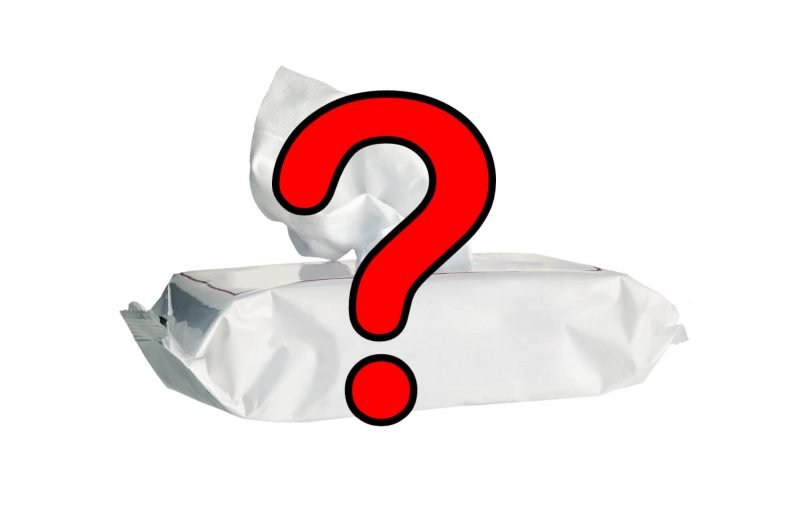 Water-spritzing bidets may prove the better sanitary solution for the eco-friendly consumer.

Biodegradable has been one of the biggest buzz generators of any of the major “Go Green” topics in 2018 and 2019. The numerous “Save the Turtles” campaigns that made the rounds on sites like Facebook, Instagram and Twitter caused several major cities to enact bans on plastic straws. With the advent of paper and hemp straws as well as a bevy of other ecological alternatives to traditionally wasteful products, it seems that American consumerism is slowly becoming more centered around reducing pollution.

A much less talked about facet of the movement to make all products environmentally friendly is the bathroom industry. As society at large has shown greater awareness of the massive amounts of paper wasted each year, so too has the public realized that it isn’t just the overuse of stationary that proves to be problematic. Toilet paper has been falling out of favor with the U.S. population in recent times; a 2019 survey showed that 17.43 million people reported the usage of flushable wet wipes and cloths more than 31 times in the past 7 days. Flushable wet wipes have been hailed as the newer, more environmentally conscious and healthier alternative to toilet paper; but when put under a more analytical lens, do they still hold up to scrutiny? Experts are starting to decry the use of wipes in favor of less wasteful and harmful alternatives, such as bidets.

Although experts have been touting the efficacy of flushable wet wipes in reducing water pollution, recent studies have shown evidence to the contrary; according to one publication by the National Environmental Services Center, “…many wastewater officials feel the guidelines are not sufficiently rigorous. Analysis of clogs of sewers and sewage pumps show… that wipes, including those labeled as flushable, do not break up after flushing as often advertised, but tend to stay in one piece.” Flushable wipes have been clogging up urban sewer systems more frequently in proportion with their increased usage; 75% of sewer blockages in Sydney involved flushed wipes.

While researchers in the field have suggested improvements to the wipes’ designs that would allow them to be more biodegradable, there lies a barrier between major producers of the wipes and the need to create a more eco-friendly product; namely, the fact that they do not need to meet INDA standards. Also known as the Association of the Nonwoven Fabrics Industry, since 1968 INDA has existed to set standards for nonwoven fabrics producers. INDA compliance is not mandatory, however. Since meeting their standards can threaten a company’s bottom line, most major corporations such as industry giant Kimberly-Clark opt out of it.

Even in the event that a manufacturer chooses to comply with INDA reccommendations, they may not be enough to culminate in a truly “flushable” item: “Many experts said that improvement of INDA/EDANA guidelines is important as well. They said that wipes just going down the toilet bowl is not enough as the definition of flushability.”. According to industry experts, the biggest barrier to providing a marketable, flushable wipe is the lax standards for flushability as provided by INDA as well as the lack of funding towards better waste water treatments. Additionally, many consumers still continue to purchase and use non-flushable products in conjunction with the wipes, and the mixture of the two can wreak havoc on plumbing and sewage systems.

The phenomenon of wipes and other products clumping together is known as a fatberg; a heterogeneous conglomeration that eventually accumulates more waste, forming a massive blockages in sewers, as well as overflows and backups. Fatbergs are known to cause human exposure to waste, as well as environmental pollution.

Despite the widespread advertisement of flushable wet wipes as environmentally sound, the cloths are still known to contain plastic fibers that don’t degrade when flushed. Their physical mass causes widespread blockages in sewer systems, and since they do not degrade their removal can cost thousands to millions of dollars. “According to a recent Washington Post article on flushable wipes clogging sewer systems, the Washington Suburban Sanitary Commission, which handles sewage for 1.8 million people, recently spent more than $1 million to install grinders to shred wipes and other debris so it won’t clog treatment plant pumps.” (Source:  https://www.mswmag.com/online_exclusives/2019/11/how-a-michigan-fatberg-was-turned-into-an-educational-opportunity).  The millions of dollars in funding used to mitigate the waste caused by the “flushable” wipes could be put to use implementing less resource-demanding solutions, such as bidets.

Bidet Is The Way

Bidets are toilet fixtures that spray water unto the lower body for sanitation purposes in the bathroom. They come as hand held bidets, non-electric bidet seats, heated bidet toilet seats, and portable bidets just to touch on a few.

While an uncommon feature in the average American facility, over 80.2% of Japanese households of two or more residents own a toilet with a bidet feature. Globally, bidets are found in 80% of the world’s bathrooms outside the U.S. It’s just a matter of learning how to use a bidet that can change things in the U.S.

Critics of bidets argue that they’re potentially more wasteful than paper and cloth toiletries; Biolife Technologies, a manufacturer of high quality bidets, states that the usual amount of water used by a bidet is approximately 1/8th of a gallon. The average toilet uses roughly four gallons per flush. On the other hand, making a single roll of toilet paper requires 37 gallons of water, 1.3 kilowatt hours of electricity and about 1.5 lbs of wood. The increase in water usage is negligible in contrast to the resources depleted by the manufacture of disposable paper and cloth products. But there are a number of bidet benefits that can outweigh the negatives.

Cleanliness is a prevalent concern for wipe users. Flushable wet wipes, like other disinfectant products on the market, are marketed as 99% effective in eliminating germs and bacteria, a significant statistic compared to the sanitary effectiveness of toilet paper. Expert Philip J. Buffington, M.D., chief medical officer at The Urology Group in Cincinnati, provides a different view: “If you took bacteria cultures after a bowel movement using a bidet versus toilet paper, you would see why it makes much better health sense to use a bidet,”.

While a bidet toilet attachment may cause a slight increase in water waste, the overall reduction in pollution and sewer blockage in comparison to flushable wet wipes makes the bidet a promising alternative. As homeowners begin to see the improvement in their plumbing systems when they abandon toilet clogging wipes and papers, the bathroom industry may see a major upheaval in the practices and policies adopted in compliance with INDA ordinances. In the future, “flushable” may even become an accurate label on the products Americans flush down their drains daily.